Gambling is the process of betting or staking something of value over an unpredictable condition or over an uncertain event with the possibility of risk and hope of gain. It is dependent on an event that is predicted by the better or gambler. The person gambling can experience a loss or a profit based on better’s or gambler’s calculations. 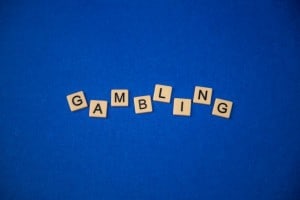 Results of gambling games are determined by random chances, such as throwing dice or a ball in a wheel.

The movie shows how an industrialist gambler and a con man try to become rich quickly through gambling and betting activities to impress Zoya. It stars Emraan Hashmi as the main lead named Arjun and Sonal Chauhan as the female lead named Zoya. Arjun gets into the games of gambling and starts playing more by cards, and ends up being a high stakes gambling drama-romance in the film. The film is directed by Kunal Deshmukh and is very famous for its amazing soundtrack.

This was a great action-thriller film, which had a very big production budget for its time as it has been shot in locations of Cairo, Lisbon, Venice and Rome. It stars the biggest Bollywood personalities of that time, i.e., Amitabh Bachchan, Zeenat Aman, Prem Chopra, and Neetu Singh, as the main lead roles of the film. Amitabh Bachchan plays a double role in this movie: different characters played by single characters. One character was of a serious gambler who was uncatchable from anyone, and the other one was of a police inspector who tried to give the gambler a very hard time.

This is a great and interesting movie. However, it was poorly rated by critics. The plot of the movie was very unpredictable, as Venkat, played by Amitabh Bachchan, meets renowned British mathematician Percy Traternberg, who shares his newly discovered theory on Probability. Then they all tested this theory on various card gamings and eventually built up a whole team, teaching them this probability theory.

This was the first Indian movie that was released on youtube as well as in theatres on the same day. This is a story of a very poor boy who has a passion for the game of carrom. This passion turned him into a money-making mafia don.

Gambling is the game of staking and betting for something of value. The above mentioned are some of the best Bollywood gambling movies, which shows straight forward plots for high stakes gaming mixed up with real-life happenings.