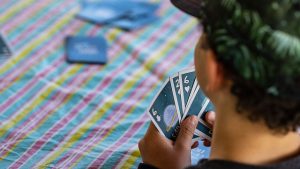 Deciding which hands to play

Your position at the table is absolutely vital in poker, especially in Pot-Limit or No-Limit games. It’s extra important in flop games like Hold’em or Omaha where you have the same position throughout a hand.

Poker is a game about information, the more you have, the better your chances of winning the pot. When you’re in early position you lack crucial information about the other players’ hands and this might put you in difficult situations. Sometimes you might call in early position only to see the pot raised and re-raised by other players. Unless you’re holding a really strong hand (and in that case you should have raised in the first place) you have to fold and the money you already invested in the pot will be lost. Consequently, you should have very strict starting hands standards when you’re sitting in early position.

Use your position to bluff

Bluffing is an important but tricky part of poker. You should only attempt bluffs under the right circumstances. This is why late positions offer more bluffing opportunities than early ones. For example, if you’re sitting late and everybody else checks you might bet in order to steal the pot. Semi-bluffing is another effective tactic when you’re in late position. A semi-bluff is when you bet or raise with a hand that might not be the best at the moment but has many outs to improve.

It’s obviously much more difficult to bluff from early positions. This should only be done if you’re absolutely sure that your opponents are holding weak hands and are likely to fold if you bet or raise.

Type of game – loose or tight

Your position at the table becomes extra important in tight and aggressive games. In these cases you should play conservatively with very strict starting hand standards. In a loose game without much pre-flop raising you will be able join the action more often. Especially drawing hands are playable under these circumstances since it’s likely that the pot will stay unraised and that you will have correct odds to call.

Your opponents – loose or tight

The value of your position somewhat depend on the people sitting around you at the poker table. The best possible scenario is to have loose/passive players to your right and tight/aggressive players to your left. Loose players call with too many hands and when you’re acting behind them you will generally get correct odds to call. It’s important that you take maximum advantage of the loose players’ mistakes in these situations. When you have tight players to your left you will have many good opportunities to steal the blinds/antes and win pots through bluffing.You can play at multiple sites and many of them will allow you to play at multiple tables at the same time